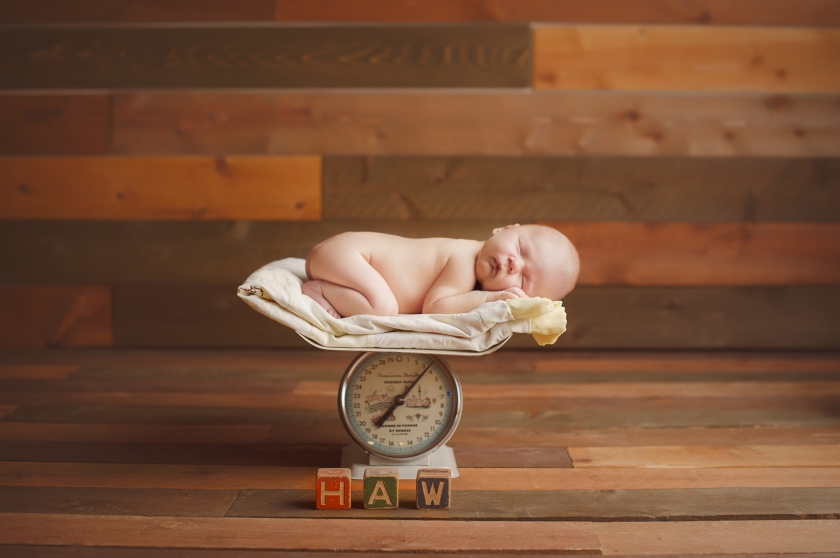 May 18th.  A year ago today I was timing contractions on a grocery list and trying to “hang in there” until they were close enough together to go to the hospital.  Trying to sleep was impossible,  but finally at 1:11 a.m., my water broke!  With the simple “honey, we need to go now,” that followed, our lives changed profoundly.  Three hours of pushing, some choice curse words, an epidural, a spinal, and a “zipper” later-our Hank the Tank was finally here!

He was everything I had dreamed he would be.  And a whole lot more!  (But more on that later.)

Being a mommy has been my dream job from the time I was little (not counting all those years in elementary school when my go-to what-do-you-want-to-be-when-you-grow-up answer was “a cheerleader or a waitress.”  Seriously.  Aim high, right?)   Fast forward 15 years or so to my 20’s when I thought I was on the right track.  College degree?  Check.  Husband?  Check.  Three years of getting to know each other first?  Check.  Suddenly, the time was right, but many other things simply weren’t.  Our compatibility was sub-par, our collective fertility was obviously lacking, our 5- and 10-year plans clashed, and so on and so on.  After three more years of  ignoring all of that and futilely focusing on the “trying,” we both realized there was a lot more wrong in our marriage than the absence of a child, and we went our separate ways.  Looking back on those years, I now believe that some of God’s greatest gifts, truly are unanswered prayers.

While he didn’t bring me that baby,  God did have someone in His plan for me after all those years of frustration and hopelessness!  He dropped the most wonderful man into my life at the most unexpected time, and he had a remarkably similar story of years of marital struggle and perseverance.  We hit it off brilliantly while comparing divorce stories one evening over a few cold beers.  I also learned that this amazing man had three adorable sons, who would steal my heart completely when I met them one year later!  (More on that later, too.)

The best traits that man possessed, it turned out, were his open mind and even more open heart.  When I gave him the disclaimer that he may not want to date me because I wanted a baby of my own someday-fiercely-and he already had a 3-pack, he didn’t run for the hills.  He may have secretly hoped I had been the sterile one in my past relationship, but he signed on for the gamble anyways!  And thank God he did, because in 2015, after a few amazing years of marriage and foundation-laying, there was an opening for my dream job–and I took it!  At 9:21 a.m. on May 19th, a perfect (and huge!) blue-eyed baby was placed in my arms and we named him Henry Abbott.  After all those years and 9 grateful months, I was finally a mother.